Civilian expert Lleu Jones is twenty-seven, though looks much younger than his age to many people.  Most of that likely comes from the way he acts, his posture, and the way he carries himself.  In conversations he can sometimes seem distracted, even to the point that he seems to be ignoring people, but in fact he seems incapable of ignoring anything – that’s just how he is.  His mind seems to run faster than others’, but more than that he can think about many different things in parallel in a way that transcends what most people think of as multitasking.

Jones has been part of the team on board PDCI for the past three and a half years, and as such holds the record for the longest period of time spent in orbit.  In that time he has grown even more intimately familiar with the platform than before, which is saying something considering he designed a great deal of the station.  He is a true polymath, well versed in physics, mathematics and engineering, as well as being able to perform complex mathematical operations in his head.  Consequently he has been able to both assist with the platform’s scientific research as well as general maintenance and upgrading of the station systems.

Many within the Program have expressed worries about Jones, citing his personality quirks and suggesting possibilities such as mild Asperger Syndrome or other Autism spectrum disorders, though no diagnosis of such a problem has been performed.  In fact others have suggested that it is precisely Jones’ introverted personality that has made him such an ideal member of the team for so long.  Certainly any mental health issues he does possess have not been highlighted as causing any worries or issues beyond a couple of minor arguments.

My fantasy novel, which is now renamed “The Harbinger Rises” – Book I of The Red Bargain has now been completed.  Or at least, the first draft has been. 116265 words including the glossary, which is about at the level I expected it / planned it to be.

So; now I need to get a printout so that the friend who’s agreed to do a readthrough can do so, and I need to go through it myself and edit it; I am n ot wholly sure what to look for and what to do but I suppose I can find guides online.  Part of me can’t help thinking to myself.. now what?

END_OF_DOCUMENT_TOKEN_TO_BE_REPLACED

It’s true, or as true as we can determine anyway… the Milky Way is going to collide with the Andromeda Galaxy… don’t worry though it’s not due to happen for… ooh, about another four or so billion years, and Earth and the Solar System are apparently not in any danger… Oh good. 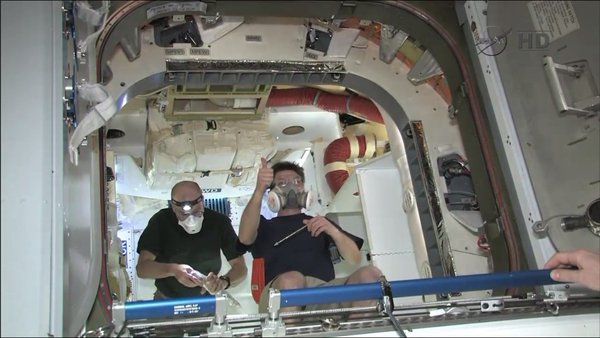 The first commercial spacecraft to dock with the ISS has now been boarded by astronauts and had it’s cargo unloaded, thus beginning a news awesome chapter in space travel.

Yesterday was interesting, and I pushed myself a little further than my mental state usually has allowed me to recently, and yet I came out relatively unscathed, which is good.

I often come across as being somewhat introverted, particularly when I’m presented with an unfamiliar situation or new people, however that’s all a false impression – I’m not actually; I actually thrive in circumstances where I need to be more outgoing.  What I actually am is thoughtful and anxious, and like to plan my actions ahead, more impulsive and less thoughtful people oftentimes mistake that as being introverted.